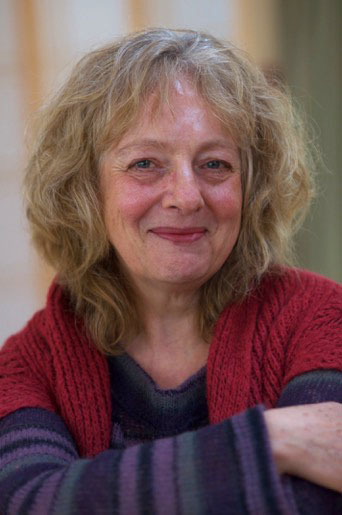 Before teaching, Yoana worked in management initially in the UK, later in Africa and Asia.  After the death of her husband in 1993 she left management to study voice movement therapy.

She was intrigued by her working with the voice and the body, its physical use and mental discipline, and as vocal training alone didn’t answer all her questions, she developed an interest in the Alexander Technique.

She embarked on an intensive full-time 3 year course at the Alexander Technique Training school in Oxford.  During this time, Yoana learnt the fundamental role the body and mind plays in enabling the release of tension which underpins many stress related problems as well as tightness of the voice.

She has also studied Breathing Coordination, a more direct intervention to help release the breath and free the voice.

Yoana is a member of the Society of Teachers of the Alexander Technique (STAT).   She holds a current CRB disclosure certificate allowing her to work with children.

Since studying and teaching the Alexander Technique in Oxford, Yoana has noticed many changes in her own life:

More confident and calm
Less reactive to life’s changes
No shoulder pain, having been affected throughout her life
Greater stamina and flexibility

A report of a trial on back pain by the NHS ‘ATEAM’ and the Alexander Technique and explains some of the results:
http://www.nhs.uk/news/2008/08August/Pages/BackpainandAlexandertechnique.aspx

A ‘Complete Guide to the Alexander Technique’ – a global online resource
http://www.alexandertechnique.com

“Within a month of attending Yoana’s Alexander Technique classes, a recurrent sore throat which plagued me for 30 years, was gone. I cannot recommend her highly enough.”

“My lessons with Yoana Browning combine voice coaching, with the Alexander technique. Through Yoana’s calm, patient teaching, I’ve gained in confidence, feel energised and believe in myself more.”

“Yoana is my first Alexander Technique teacher. She’s kind, friendly, patient and makes the stress of the working day fade away.”

“Working with Yoana Browning has been very important for my artistic and personal development. Her Alexander Technique lessons have given me the chance to ‘open up.’ Performing has taken on a whole new life now.”

“From my childhood, singing was associated with fear and embarrassment. Under Yoana’s guidance, I’m learning a new kind of confidence. The combination of Alexander Technique work and vocal exercises, has improved my whole outlook on life. “